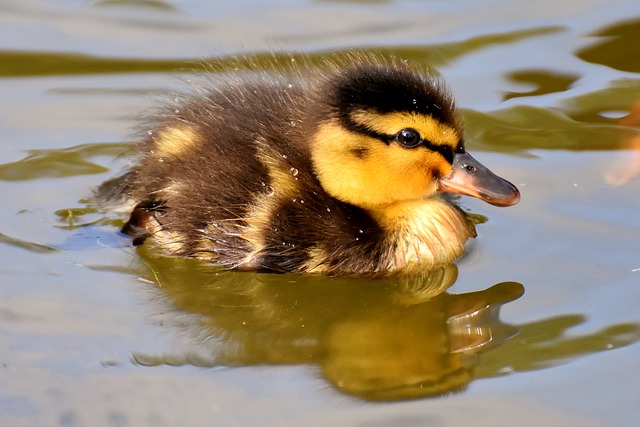 Recently I have been studying the art of fishing for northern pike (Esox lucius) with top water lures. During one of my sessions, I witnessed several young ducks being the victim of some ferocious attacks by pikes launching themselves from the deep murky water. It got me wondering if ducks and other type of waterfowl are a regular snack on the pike’s menu. As soon as I got home, I started my research and this is what I found out.

Yes, northern pike are able to eat young and other waterfowl. This happens mostly during springtime when newly hatched ducklings enter the water for the first time. Research has shown that a northern pike can eat half their body weight. As the average weight of a northern pike is 16 kg and that of a duck op to 2 kg it is a commons sight to see a pike waiting in the shallow murky waters to attack unsuspicious ducklings at the surface. But this is not without any risk!

In the next chapter I will show you some video footage of northern pikes attacking young ducklings and how one famous fishing tackle brand has capitalized on this savage behavior!

How do northern pike attack ducks?

Pike are opportunistic predators that use the element of surprise to execute a fast and powerful attack upon their pray. If you ever used a top water lure you know what I am talking about. The strikes that those lures provoke would make the producers of the Discovery tv-show “Shark Week” and “Air Jaws” jealous!

This also means that northern pike, when hunting for a new snack, focus on the weakest link of the pack. Once the young ducklings enter the water for the first time or when the mother is not paying enough attention is when the attack occurs. In the video below you can several pike attacking a variety of waterfowl, including baby ducks. Notice the stealth like behavior at the beginning of the video and the aggressive strike at the end. Those poor baby ducks never had a chance! 🙁

Northern pike can eat half its own body weight

Our colleagues at WildLifeTrust.org stated that a northern pike can easily eat prey up to half its own body weight. So how does this fact measure against eating young ducklings and adult ducks?

Well, the average weight of a northern pike is 16kg (32 pounds). As a matter of fact, the current UK record for the largest pike ever caught was a unbelievable 21kg (42 pounds)!  A young duck is only around 1 to 1.2 kilo.

If you do the math you know that the average size pike can easily swallow a young duck.

What about the size of an adult duck?

Size does matter and sometimes a pike bites of more than it can chew. That also happened to this 25 pound pike that was found death with a whole tufted duck sticking out of its mouth.

Rev Ian Atkinson, 79, stumbled across the grisly find while walking along the edge of the loch while carrying out a bird count this week.

He said: ‘The pike basically choked to death after trying to swallow the duck. But good heavens, no one ever expects to see anything like that, I can’t imagine it happens very often.”

Do ducks form a significant percentage of a pike’s diet?

No, ducks don’t form a significant percentage of a pike’s diet. In 1953 the Journal of Wildlife Management published a researchpaper that showed that fish and crayfish were by far the most important and most consistently eaten food of the 1,841 pike that they used for their sample size.

Waterfowl were present in only 3 of 1,218 pike which were collected during the 90-day waterfowl brooding season (percent- age frequency of ducklings in this lot of pike was about 0.2.

Although I could not find a lot of information about using ducks (or other bird species) as dead bait when fishing for pike, I did find out that fishing tackle company Savage Gear has development a top water lure that reassembles a wounded young duck. And it is working like a charm!

The Suicide Duck (Thumbs up on that one for the marketing team of Savage Gear) mimics a fleeing duckling just waiting to be taken out by a large predator. This lure can be fished fast or slow, with steady retrieve, long pulls, and mimics a duckling in the most realistic way!