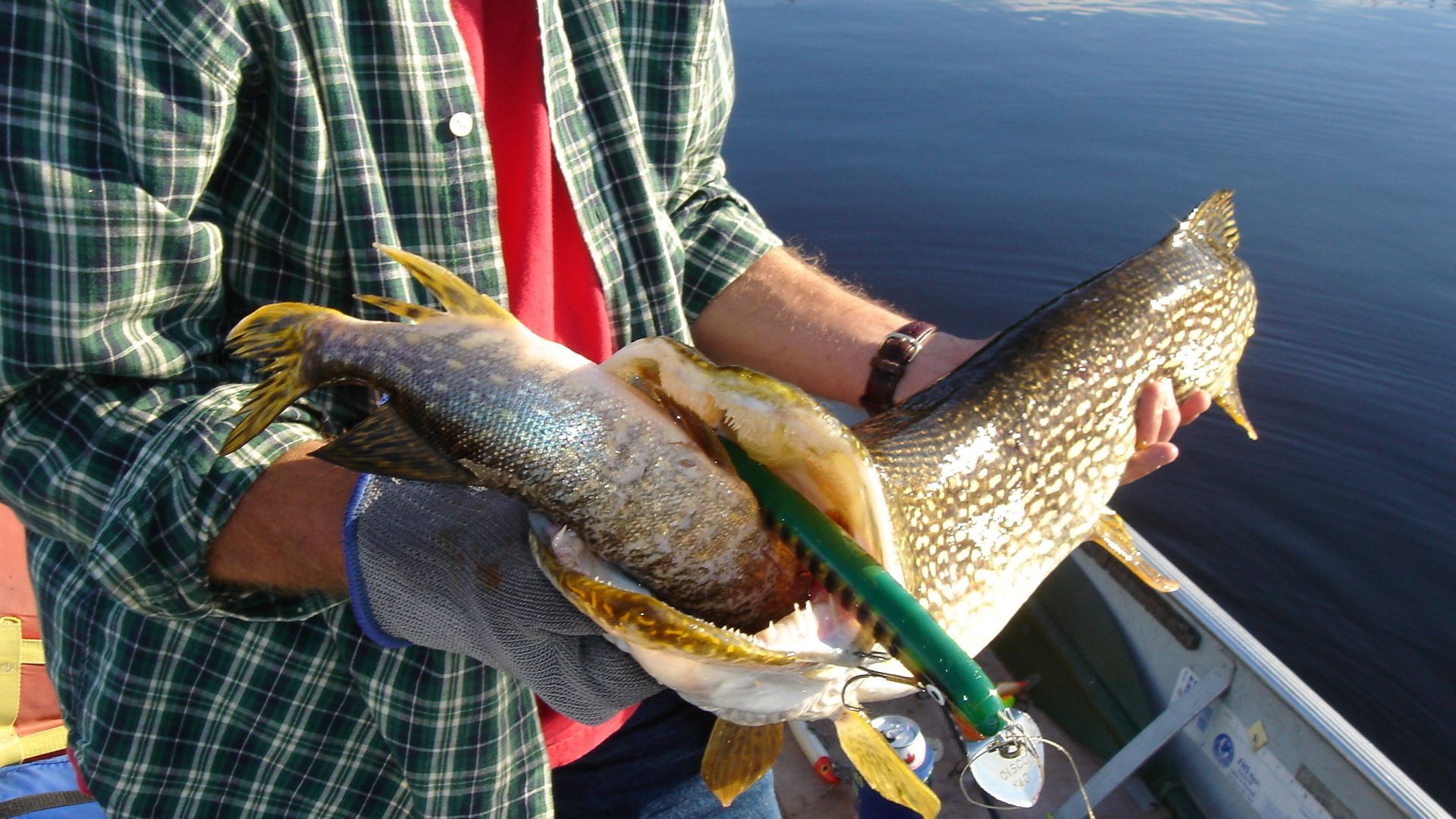 Last week a video that showed a large pike eating another smaller pike went viral on You-Tube. It got me wondering if cannibalism is a common behavior amongst northern pike and what triggers this behavior. I decided to go online and do some research on this topic. In this blog post I show you what I have learned about pike eating other pike.

Do pike eat other pike?

Yes, it is well documented that pike eat other pike. When other food sources are scarce, especially young pike turn cannibalistic at only 5 weeks old. Pike swallow their prey whole and, in most cases, headfirst.

Interested to see this behavior in action? Keep reading to see some amazing footage of pike attacking and eating other pikes!

A research study about cannibalism in pike fry (Esox lucius) showed that between 1-4% of the young pike turned cannibalistic at 5 weeks of age when suitable alternative prey is not available. This resulted in a rapid growth in body size as well.

Consumption rates of cannibals varied between 0.63 and 6.0 fry per cannibal per day. Cannibals accounted for 54–96% of daily mortality in the experimental tanks.

Another study focused on sibling cannibalism amongst juvenile northern pike in outdoor rearing ponds using stomach content analysis. The average proportions of cannibals in the populations of juveniles were 7.8% and 41.3% and the cannibals accounted for 15.5% and 65.9% of the total pike biomass, respectively. In stomachs of cannibals, young pike were the dominant prey in terms of weight.

Cannibalism amongst pike juveniles was characterized by the prey being swallowed whole and headfirst in the vast majority of cases.

There was a strong positive correlation between predator and prey size and the mouth size of a cannibal was found to be an important constraint determining maximum victim size.

Can you use pike to catch other pike?

Yes, you in certain countries it is allowed to either fish with dead and/or live bait. If this bait can be  pike depends on the law and legislation of your country. I therefore recommend you check your local fishing community to find out what the rules exactly are.

If it is allowed you can just use a simple 1 or 2 drag rig with treble hooks.

Are there any lures that look like a small pike? 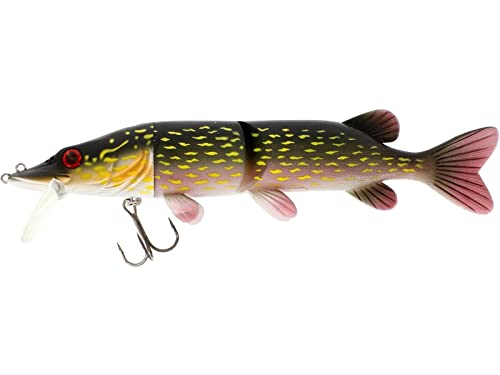 The detailed pectoral and pelvic fins flutter in the water to trigger more bites. And with his low buoyancy, he rises slowly to the surface when you pause in the retrieve. A natural-born killer.